LED Signs Save Up to 90% in Energy Costs

Signal-Tech LED signs cost 90% less to operate because they consume less energy than similarly sized neon and incandescent units. In addition to using less electricity, LED signs are better for the environment because their CO¬2 emissions are lower than other light sources.

Calculations are based on $0.12 per kilowatt-hour (the US national average) and 24/7 usage for a period of one year. 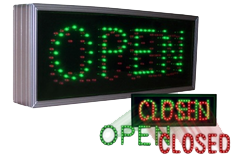 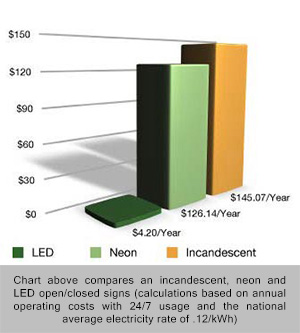 Calculations are based on $0.12 per kilowatt-hour (the US national average) and 24/7 usage for a period of one year. 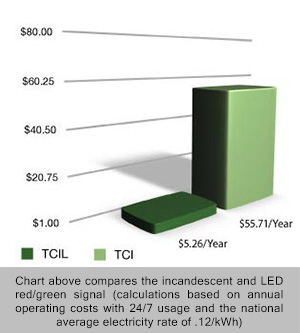 At Signal-Tech, we manufacturer our products using green engineering techniques. We use the highest quality LEDs and run them at lower milliamps. This keeps their operating temperatures lower than most competitive signs while extending the LED life expectancy and reducing energy consumption. Additionally, our LEDs are made with special epoxy that protects the LEDs in extreme weather conditions, which also improves their performance and life expectancy.